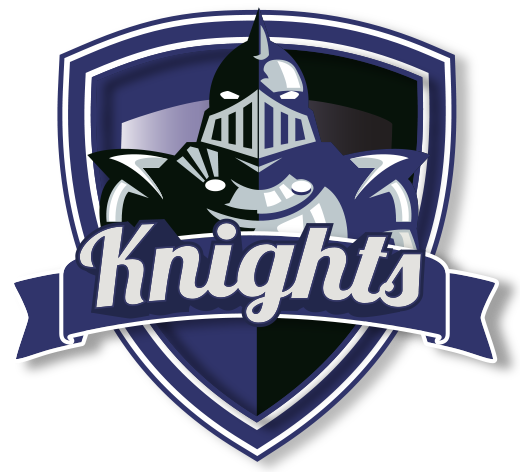 If you’re looking for information about this cover, please CLICK HERE

Delivering a child safe framework across our sport is achieved through supporting Children and Young People, their parents and guardians and by Australian Cricket and each of our Affiliated Associations and
Clubs striving to be a child safe organisation.

Our Commitment to Children And Young People

As part of our commitment to Children and Young People, Australian Cricket and the Affiliated
Associations and Clubs seek to:

Our Commitment to Parents and Guardians

Australian Cricket and the Affiliated Associations and Clubs are committed to supporting parents and guardians in protecting and safeguarding Children and Young People.

Australian Cricket and the Affiliated Associations and Clubs seek to:

b) publicise and share information with parents and guardians about safeguarding Children and Young People and where they can go to for assistance if they require further information, advice or would like to make a complaint under this Policy.

Our Commitment to Being a Child Safe Organisation

In order to become child-safe organisations, Australian Cricket and the Affiliated Associations and Clubs seek to:

b) ensure that Cricket Participants adhere to Australian Cricket’s Looking After Our Kids Code of Behaviour for Affiliated Associations and Clubs;

c) use best practice in the recruitment and screening checks for Australian Cricket Personnel and Cricket Participants;

d) ensure that Australian Cricket Players who will or will likely have contact with Children and Young People undertake screening processes;

allegations of Prohibited Conduct including Child Abuse or Grooming; and

The objective of this policy is to provide guidance as to the selection process for the Senior Men’s Teams.

It gives those charged with selecting the team guidance on the philosophy that is expected to be adopted that is in line with the Committee’s expectations. It does not speculate or articulate on who should be selected where.

“The expectation is that all players attend training on both nights per week unless they have a work, study or family circumstance that prohibits them from doing so.

Players who train both nights will have a greater chance of being selected in the higher grades. Should a spot be vacant and multiple players are eligible, providing playing performances are considered equal, the person who has the better training attendance may be selected above the others.

All training attendance/non-attendance must be communicated through the Club’s chosen process (which at this time is the Facebook polls or direct communication to the Chairmen of Selectors).”

As mentioned, it is the expectation that you are able to attend both training nights. However, Holy Trinity is a community cricket club that respects that players have commitments outside of cricket and thus attending both training nights each week may not be possible.

As a community cricket club, Holy Trinity also wants to value those who may have been consistent trainers in the past, but whose circumstances change during different periods of time, and the Club feels it is important to recognise those circumstances.

Players who have work, family or study commitments will be excused from training. These are the only valid reasons that will be accepted for missing training. If players cannot attend training, they need to indicate through the Facebook polls or direct communication to the Chairman of Selectors. If this process is altered, players will be notified.

Players who are unable to attend one or both nights for a prolonged period will need to communicate the reasons to the Chairman of Selectors who shall liaise with the Senior Men’s Coach and the relevant captain(s).

Players that are currently injured are expected to still attend to assist with any duties they can at training (i.e. running drills, umpiring, throw-downs, coaching etc).

There are a number of considerations that the Selection Panel will make when determining the selection of the teams. The following factors will be taken into account when selecting the teams:

The Selection Panel will focus on all-round performances and will consider all aspects of the game – batting, bowling and fielding. Where possible, strong performances will be rewarded with promotion and poorer performances may result in demotion, factoring in the grade and opposition.

Players will be expected to consistently follow the team structure/game plan as outlined by the team captain and team players will be preferred over individuals.

At all times, players are expected to display a positive and respectful attitude towards the club, fellow players, administrators, supporters, volunteers, opposition players and officials. This positive attitude will should be displayed through effort at training and match days, timeliness of attendance, and contribution to team spirit.

As previously stated, for players aiming to play in the higher grades, is it expected that players attend training twice a week. However, reasons for missing training are outlined above.

Where it is noted that player(s) at any level are not attending training regularly no selection action shall be taken until they have been spoken to by the Chairman of Selectors and given an opportunity to improve.

If a player makes himself unavailable, he will not be automatically re-selected in that grade for the next or subsequent game. The player who has taken his spot if warranted will retain his spot.

Any player who refuses to play where selected will be stood down for that match and will only be available again for selection after they have explained their actions to the Selection Panel.

The Selection Panel will continue to honour the Club’s philosophy of developing our junior cricketers.

Juniors are encouraged to participate in Senior Cricket, both in training and matches. The Selection Panel is responsible for the selection of junior cricketers in grades considered appropriate to their current levels of expertise. Grade captains are expected to provide them with game day opportunities that enhance their development and foster their enjoyment of the game.

However, should one spot be left available in the senior teams, the Selection Panel will evaluate the above factors in relation to selection of a junior or senior player for the final spot.

Players that are not selected through injury, suspension, unavailability, are expected to offer to help with Match Day Duties such as scoring or umpiring if possible.

The Selection Panel consists of:

In terms of the process, the Chairman of Selectors will prepare some draft teams to be presented to the 4 x Captains and the Coach ahead of a meeting that occurs on Tuesday night. These teams are only a DRAFT based on the availability of the players for the coming round, as well as taking into account the selection considerations listed above.

Each of the team captains will then select their own team in descending order and have the final decision on the selection of their side. If there is a dispute, the Chairman of Selectors will act as the mediator. Final sides are then selected and confirmed on a Thursday.

The Head Coach is present to offer up an opinion, observations on training and match day performance, or a different perspective, and the team captains can either accept or reject the opinion as the individual team captains have final say on their team and are the ultimate authority ahead of both the Head Coach and the Chairman of Selectors.